Alice Mattison is a widely acclaimed author and longtime writing teacher. Conscience is her seventh novel. The Kite and the String: How to Write with Spontaneity and Control—and Live to Tell the Tale appeared in 2016. Her earlier novels include The Book Borrower, Nothing Is Quite Forgotten in Brooklyn, and When We Argued All Night, and she is also the author of four books of stories and a collection of poems. Twelve of her stories have appeared in The New Yorker, and other work has been published in The New York Times, Ploughshares, and Ecotone and has been anthologized in The Pushcart Prize, PEN/O. Henry Prize Stories, and Best American Short Stories. She has held residencies at Yaddo and the MacDowell Colony, and has taught at Brooklyn College, Yale University, and, for more than twenty years, in the Bennington Writing Seminars, the MFA program at Bennington College.

"A generous, empathetic writer, she believes that the human connection, while imperfect and fragile, takes precedence over any abstraction."
&nbsp--The New York Times Book Review

"Mattison is a master of human relationships, capturing their complexities and nuances with wit and precision."
&nbsp--Milwaukee Journal Sentinel

"Mattison's observations are so minutely compelling that each one feels like a shiny object, once lost but found unexpectedly."
&nbsp--The New Yorker

"Alice Mattison is a charmer. She's one of those uncommon writers who are genuinely tickled by the ids and egos they commit to paper, and her characters bask--rather than squint--in the sunshine of her affectionate scrutiny."
&nbsp--The New York Times Book Review 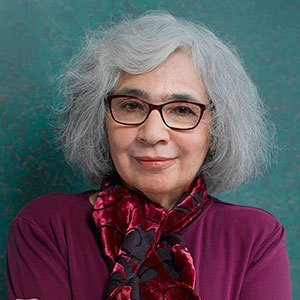